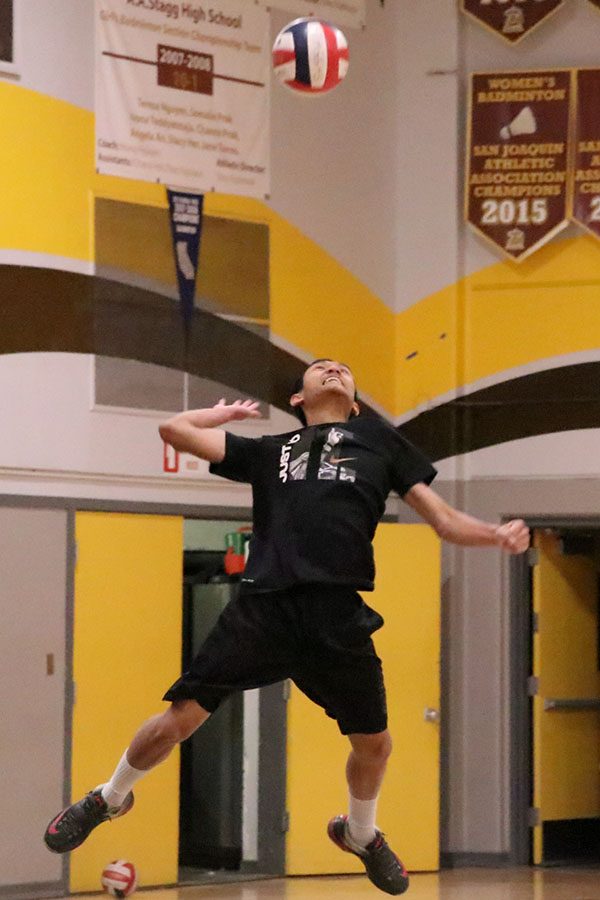 Starting a new sport can be a nerve wracking thing to do. It can be especially scary when the sport is new to not only yourself, but your school as well.

This year with the introduction of boys volleyball at Stagg, boys from all grades have put themselves out there and tried out to make the team. For one of the players in particular, this was an opportunity to show off what he knew.

Senior James Chom May be new to the sport as a player, but he still knows about the rules and different tactics. He has watched the sport many times before, just not in the way one might think. “I know the basics from an anime called Haikyuu! that I watch,” Chom said. “The anime is actually kinda why I wanted to try out.”

Chom looks forward to being able to play for the team. He says he can’t wait to “see what the sports really like” through his own eyes.