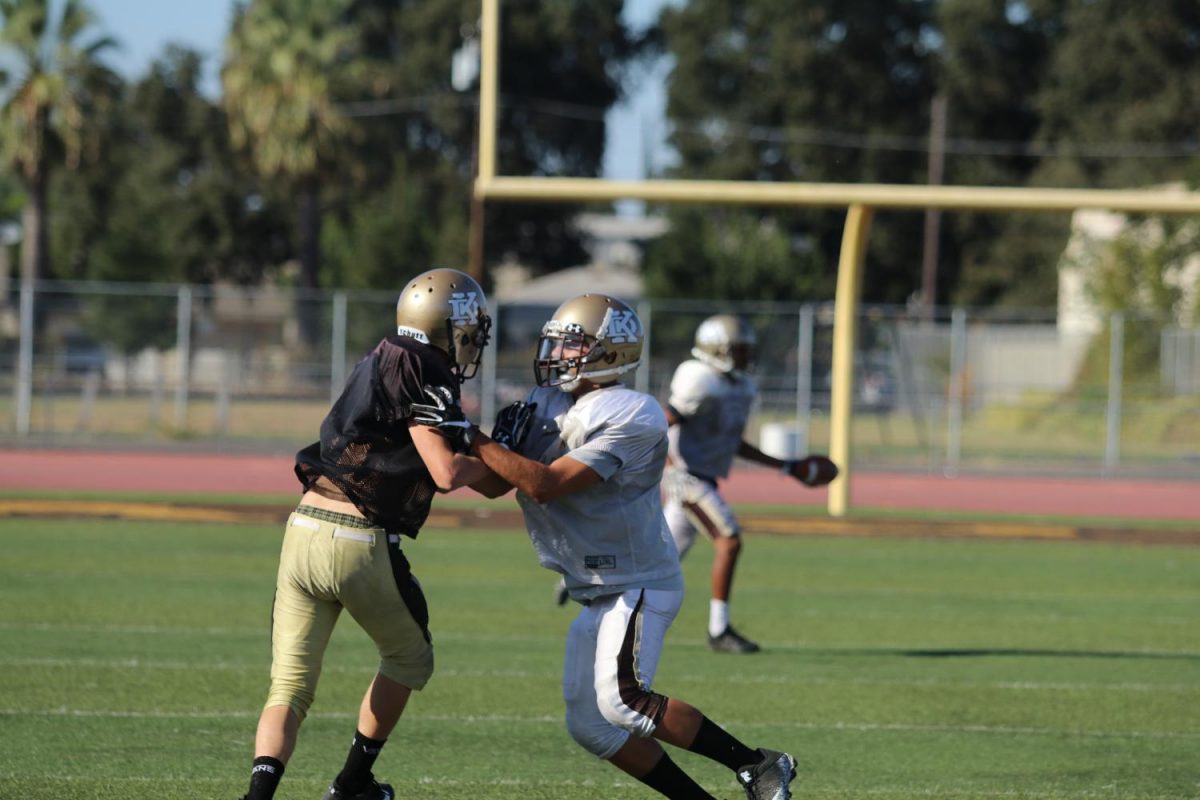 When it comes to football people don’t mess around. It’s a sport many people love whether it’s playing it, or watching it. Jesse Meermann is a freshman who’s life revolves around football.

This is Meermann’s first year of High school and first year of football. He says he was very intimidated to join the football team, leading him to not have faith in himself.

“Everyone is just as scared as me,” Meermann said. “That’s what made me less nervous.” Meermann has admired football since he was a child. He said he would always watch it and keep up with stats.

“Ever since I was little my dream was to play for San Jose state,” Meermann said. “And eventually after that the NFL.” He recommends this sport to anyone who is willing to dedicate themselves to it, and put the time in. He said it gives him a rush and he feels free, with no worries.

“Playing keeps me on track with grades,” Meermann said, “playing is a privilege and it makes me want to do better.” The Jv team had requested Meermann to join them, but he explains how his mom didn’t want him to.

“She thought it would be too much stress for me,” Meermann said. “I was upset and mad at her, but now I understand why she didn’t want me to move up.”

Now, when he moves up to Jv his sophomore year, he will have more experience and learn more about the game. He looks forward to giving it his all in his football career, throughout high school.